Fruit and vegetables remain fresh for longer thanks to Dry Misting. A device made by Contronics sprinkles water on produce in the supermarket, resulting in much less food being wasted. But there are other possibilities for this dry mist system.

Nature was the inspiration for Contronics, explains Director Frank Bakker. “In Salinas Valley, south of San Francisco, there is a desert. And yet this valley is full of green agricultural products such as lettuce, thanks to the mist that drifts in from the ocean in the mornings. The lettuce soaks up all the tiny droplets, which is enough moisture for it to survive.”

Following its journey from the farm, lettuce is frequently immersed in chlorine to eliminate bacteria. This fact, along with the practice of throwing away the lettuce after just two hours on the shelf, had always been a thorn in Bakker’s side. “Sixty percent of lettuce is wasted as a result. Our technique can bring down that percentage substantially.”

Bakker explains the principle behind Contronics’ innovation, and the growing possibilities he sees for eliminating food loss along the supply chain.

The company was established in 1981. At that time we developed a cooling technology with a humidifying function, because refrigeration has a dehydrating effect. In the end, our cooling system failed to meet necessary requirements and thereafter lay moribund in a corner of the company.

I’ve been joint owner of the company since 1998. We applied for a subsidy in Brussels to redesign the defunct cooling system we had developed earlier. Today we sell our Dry Mist system to a totally new market. While the precursor of this system was used for meat, we saw opportunities to apply it to vegetables and fruit.

If you refrigerate lettuce, it will start wilting within two hours, but with dry mist it stays good for a whole day. Dry mist means the produce is enveloped in mist without puddles of water forming. We used our technology first in the refrigerator but soon realized – almost by accident – that it works better with non-refrigerated vegetables and fruit.

What problem have you solved?

Last year we got together with other companies to conduct a test into the effects of dry mist. We used mist on vegetables and fruit from Spain and Italy immediately after harvest. The produce also remained misted during transportation to the Netherlands and Germany.

At the same time we had trucks transport vegetables and fruit the traditional way. The differences were then investigated by a German research institute together with a Danish university.

Thanks to our technology, the fruit and vegetables not only looked fresher, they also remained fresh for longer, reducing food waste by 30 percent. The researchers also confirmed my hunch that vitamins are better preserved in Dry Misting.

Another advantage of Dry Misting is that you don’t need to package the vegetables and fruit. We transport our products unpackaged, and that significantly reduces the amount of plastic used.

What is your biggest challenge?

Our technology is relatively unknown, and it takes a lot of time to create awareness. This year our Dry misting system was installed in Albert Heijn, the largest Dutch supermarket chain, but the first contact we had with them was back in 2010. You need to have a lot of perseverance to win such an organization over to your side.

We are focused on supermarkets because they are the ones who can put pressure on the rest of the food value chain. They can require their growers and transporters to use Dry Misting with their vegetables and fruit. And that seems to be happening already. In February there will be a train travelling from Southern Spain to Rotterdam in which produce for supermarkets and other vendors will be transported with Dry Misting.

This interview is part of the Growing Ideas series, in which we take a look at the future of food and agriculture and offer a platform to innovative companies in these sectors. 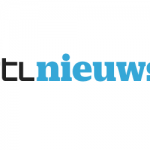 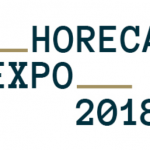