Wednesday 28th November 2012, the British Ambassador in association with the UKTI (UK Trade & Investment) and award sponsor RMS International, the organisers of the European Business Awards, announced the five National Champions of The Netherlands. Contronics is one of them and will go forward into the next round of the prestigious 2012/1013 Awards programme. 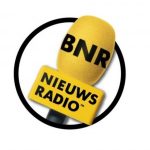