The aim of this project, put together with eight partners from Germany, France, Spain, Italy, Belgium and the Netherlands, and sponsored by the European Commission, was to realize the development and commercialisation of integrated, or non-integrated, humidifiers in proofers for bakeries. The development and construction of proofers with Contronics humidifiers has been completed and they are soon to be installed for testing in bakeries in Germany, France and Spain.  A parallel project to build and install Contronics humidifiers in existing bakery proofers is also underway.  In June 2014, two humidifiers were installed in bakeries in Nantes and Angers, France, and a completely newly developed humidifier, which includes heating, has been installed at a bakery in Emden, Germany.  See photos. 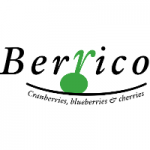