For Saskia Noor van Imhoff’s solo exhibition in Amsterdam and Berlin, we installed our ultrasonic humidifier system.  As part of this fine artwork, our implementation added an extra and exciting dimension!

Central to Van Imhoff’s  artistic practice are the elements one usually associates with the ‘hidden side’ of the museum, such as, conservation, the depot, the design of an exhibition and the museum lay out.  Van Imhoff breaks with the existing hierarchy, plays out the individual elements and provides them with a renewed meaning and value.

For this exhibition, the documentation from a previous exhibition # +12.00 becomes the direct object and is overlaid by a geometrical pattern of primary colours, which themselves refer back to the buildup of a colour photo.  Direct architectural elements, metal frames, are scattered through the space, they now become both a drawing in – and of space.  This exhibition # +14.00, plays directly with the systematic approach that through time, Van Imhoff has made her own.  She connects each element according to its very own golden aura. 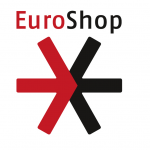