Trade mission Down Under – 1

During the seven-day trip we were accompanied by our Dutch King Willem Alexander and Queen Máxima. We participated in the trade mission’s Agro & Food track and visited the cities of Adelaide, Sydney and Melbourne. The Agro & Food track was  characterized by a busy schedule of company visits and networking opportunities like meet & greets with Australian companies, roundtables and informal drinks. These networking opportunities paid off as we received our first order from a shop in Adelaide on the first day.

On our first company visit, we were guests of Thomas Food International. Thomas Food International is Australia’s largest family-owned, meat-processing company.  On our way to Adelaide airport we visited three inspiring companies; the distribution centre of Woolworths Supermarket (together with Coles accounts for about 80% of the Australian market), SA Mushrooms – the second largest privately owned mushroom farm in South Australia, and Zerella Fresh, an expert on the freshest potatoes, carrots, onions and pumpkin.

Our arrival in Sydney took off with a tour of Sydney Markets. Sydney Markets is recognised internationally for its world class fresh produce and community markets. It has the peculiar concept of a “one-stop-shop” with produce, packaging, exporters, providers?/suppliers, food processors, warehouses, unloading services, cafés and agricultural supplies all on site.

Before heading to the Campbell Cookie factory, we made a pit stop at Australia’s largest family-owned fresh produce business: Perfection Fresh.

Later that day we enjoyed a wonderful concert by Arthur and Lucas Jussen with the Sydney Symphony Orchestra at the well-known Sydney Opera House. After the concert we  had a most inspiring conversation with Australia’s Prime Minister Malcolm Turnbull and our Australian distributor Richard Flynn (Roar Equipment) about the importance of mist in extending the shelf life of fresh produce and avoiding food waste. 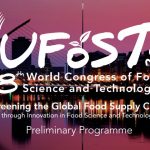 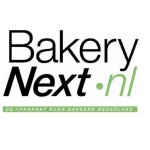